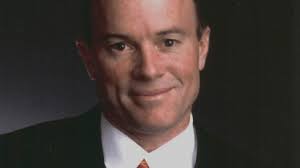 When celebrities or VIP’s need a rainmaker in Hollywood, Kevin Allyn is the one to call. Starting in his early 20’s, Kevin managed Jack Lalanne, built his product line, executive produced the Jack Lalanne show, and nationally syndicated it. With worldwide syndication, merchandising, branding & licensing success under his belt, Kevin Allyn was just getting started.

Actors aside, Hollywood is full of people who are not what they seem to be. For that reason it’s a standard habit to search someone immediately after the introduction – sometimes the fact-check will take place via mobile device under the table while the person is still talking.  Within seconds skeptics can learn if the person’s claims can be validated on IMDB, in discography lists, in Hollywood Reporter or somewhere in Google-Bing-Land.

But occasionally there are rainmakers so deeply networked and connected, so “real,” they don’t care about press or fame or whether their SEO results satisfy their curious cyber-checkers. They just do what they do.  Like Kevin Allyn, for example.

Kevin started as a child recording artist signed to a major label, then right after high school joined legendary talent manager Sandy Gallin while he just had one client. Gallin mentored him in how to succeed as a celebrity manager. At age 23, Kevin bought the company of “the godfather of fitness,” Jack LaLanne. Kevin also became Jack’s personal manager and began executive producing the historic Jack LaLanne show.   He strategically decided to fill the commercial slots with fitness and nutritional products that he created. Kevin also spotted Denise Austin and gave Denise her first television appearance. Since the fitness products industry was minimal back then, Kevin had to create the Jack Lalanne fitness product line himself. When it became wildly successful, it spurred a host of copycats and gave birth to the multi-billion dollar fitness products industry.  Still in his early 20’s, Kevin went on to nationally syndicate the Jack LaLanne show, thereby making Jack a household name – around the globe.

With worldwide syndication, merchandising, branding and licensing success under his belt, Kevin Allyn was just getting started. He went on to direct the careers of various entertainers such as Brooke Burke, Victoria Silvstedt, Darva Conger, Trista Rehn, Morgan Brittany, Cheryl Ladd, Micky Dolenz , Catherine Oxenberg, Bo Derek, THE MONKEES, Jane Seymour and many others. For Jane Seymour he created and launched the multimillion dollar business of the Jane Seymour brand at SAKS, Inc. including Jane Seymour home furnishings, gifts, accessories, infant and toddler apparel.

When it came to building revenue for his music clients, Kevin was unstoppable. He promoted, produced, managed, or staged over 1,200 live concert shows from Las Vegas Showrooms to 100,000 seat stadiums. His clients included VAN HALEN, THE BEACH BOYS, MAC DAVIS, SHIRLEY MAC LAINE, THE MONKEES, THE MOODY BLUES, JOAN BAEZ, THREE DOG NIGHT, RAY CHARLES, EDDIE RABBIT and many more. He gained vast experience managing, negotiating, buying talent, assembling back up bands, securing sponsorships, coordinating tours, handling advertising and promotion, buying radio, print, television time and more. If there was a deal to be made in music, movies, television or licensing, the visionary in Kevin saw it first, jumped on it and made it happen.

Kevin’s deal-making success caught the attention of  legendary television guru, Michael King, CEO of King World. King World is a television syndication company, and as such it was the leading worldwide distributor of first-run programming, including the two highest-rated, first-run strips in syndication – Wheel of Fortune and Jeopardy, and The Oprah Winfrey Show, Inside Edition, Dr. Phil, Everybody Loves Raymond, Hollywood Squares, The Little Rascals and others. Michael King actively recruited Kevin and immediately named him one of the presidents of King World.  Kevin set up and oversaw the entire merchandising and licensing division of all King World Productions worldwide, reporting directly to the CEO. In traditional ways, he built the King World brands by expanding licensing opportunities, but he also created new opportunities in licensing such as Internet, gaming, and lotteries. In less than two years, Kevin Allyn facilitated the growth of King World’s licensing division to make it one of the world leaders in the licensing industry.

The most influential people in the entertainment business marvel at what they call Kevin’s  “multibillion dollar rolodex.”

Kevin is no stranger to film or financing strategies either. He executive produced the movie AU PAIR, the highest rated movie in the history of The Family Channel.  In 2005, Kevin helped co-found A2P, a boxing enterprise which launched with a day one valuation of $120 million. In that deal, he helped broker the rights package with the United States Olympic Committee and the national governing body of amateur boxing in the United States, USA Boxing (USAB) and AIBA. In that position he negotiated strategic partnerships with NIKE, AEG, and countless other companies.

Jeff Benz, former general counsel and managing director of legal and government affairs for the United States Olympic Committee, has been involved with Kevin on several enormous deals over the years. “There is hardly anyone he does not know or cannot get access to in Los Angeles.  He just knows everyone!” he said.  His connections run deep, from the CEO’s of television networks to legendary film and television directors to A-list celebrities. That’s just in LA. In San Francisco he’s close friends with Mayor Gavin Newsome and considers the founders of facebook among his friends. In Las Vegas, he can call his long-time friend, billionaire hotel mogul Steve Wynn on his cell phone, and get invited over to catch up. These people not only know Kevin, but they consider him a trusted friend. When he has a solid, lucrative deal on the table, if the deal seems strategic for one of his connections, he may present it to them. “I have seen Kevin come into a situation with raging good technology and desperate financials, and with just a few phone calls or meetings deliver money and resources that put that business on the right track,” said Jeff Benz.  This is child’s play for Kevin Allyn.

“I learned as a 12 year old boy that if you love what you do you will never work a day in your life. I am living that dream with every deal I make,” said Kevin Allyn.

Kevin has been a strategic advisor to countless companies and has been instrumental in helping a major movie studio create a Chinese enterprise.  He helped a San Francisco-based mobile tech company spread it’s roots through Asia. Kevin Allyn’s deal-making never ends.

Neither does his creativity. In 2009, Kevin founded a game show company called Back Lot Productions with legendary game creator and inventor Joe Kaminkow. Together they sold 8 games shows within the first year to partners Mark Burnett, Merv Griffin, Vin Di Bona and others. He also recently helped co-found Spooky Cool Labs, a cutting-edge social gaming company that develops social and mobile experiences to help brands connect with their audiences in an entertaining way.  “He is a consummate dealmaker, putting together people who otherwise would not find each other if he had not connected the dots,” said Benz.

Kevin explained, “Even my closest friends have asked me, ‘Kevin, what do you do anyway?’ It looks like I’m having so much fun. I’m a deal-maker, that’s all I can say.”

But no matter what deals he facilitates, he has stayed true to his roots and continued his endeavors in celebrity and brand management; i.e. he recently signed Chynna Phillips of Wilson Phillips fame, and Chynna will be starring in a major TV series this fall.

Life is not all about deal-making for Kevin. He resides in Los Angeles with his beautiful wife Robyn and their two children, Mckenzie, a dancer extraordinaire, and Spencer, a young musical prodigy and SAG actor, among other things. Kevin also found time to enjoy sports, competing on snow skis in the world free style circuit, was LA County’s Table Tennis Champion, and excelled as a competitive tournament scratch golfer.

If you pop in to see Kevin unexpectedly, you might find him doing homework with his children, woodworking in his organized workshop full of powertools, repairing his son’s bike or fixing something around the house for Robyn. If he’s not home, and he’s not out doing business, he may be at one of his children’s school functions or volunteering for a cause. After all, making a difference in the community is important to Kevin too. Along with Pete Carroll, Kevin is the founding board member of “A Better LA,” a non-profit aimed at reducing gang violence, taking the kids off the streets and helping them learn to live productive lives. Kevin beams when talking about the significant positive results this foundation has achieved.

“I love helping people, both individually and as a company, bringing added value.  I have loved my life,” said Kevin.

With a lifetime of successful deal-making and helping others, it’s no wonder that when VIP’s need a rainmaker in Hollywood, they don’t need validation from Google results. Kevin Allyn is the first person they call.