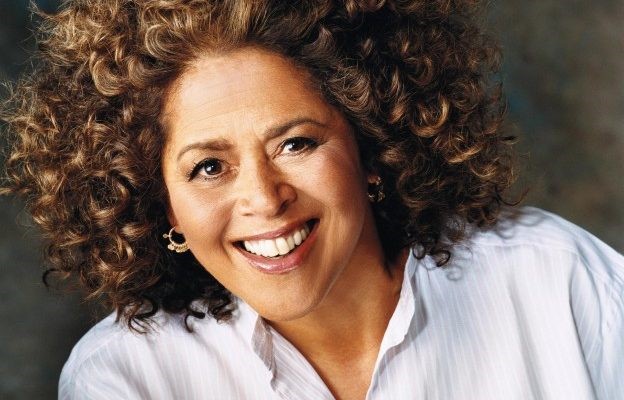 “What you are will show, ultimately. Start now, every day, becoming, in your actions, your regular actions, what you would like to become in the bigger scheme of things.”

“Discipline,” the late and great Massimo Vignelli wrote, “is the attitude that helps us discern right from wrong… Discipline is what makes us responsible toward ourselves [and] toward the society in which we live.” It’s a dimensional definition that touches, ever so gently, on the second meaning of discipline — not merely the act of showing up or the quality of “grit” that psychologists tell us is the greatest predictor of success, but the unflinching commitment to ourselves, to our own sense of merit and morality, to our own ideals and integrity. It’s a commitment doubly important yet doubly challenging for those in creative fields, where subjectivity is the norm and external validation the ever-haunting ghoul.

How to master that elusive aspect of discipline is what beloved artist, actor, playwright, and educator Anna Deavere Smith outlines in one of the missives in Letters to a Young Artist: Straight-up Advice on Making a Life in the Arts for Actors, Performers, Writers, and Artists of Every Kind (public library) — the same compendium of immeasurably insightful and useful advice, titled after the famous Rilke tome, that also gave us Smith’s wisdom on confidence and what self-respect really means.

Discipline — both mental and physical — is crucial.

She recounts an encounter with the son of Melvin van Peebles, a black filmmaker who made a smash-hit independent film in the seventies that earned him a lot of money and cultural status. The son, Mario van Peebles, had made a film about his father’s film, a screening of which Smith hosted. She writes:

He must be in his mid-sixties, and he is in perfect physical shape. He was standing by the bar, and I asked him not about the film but about his physique.

People who actually work out every single day have no problem talking about it. He and I agreed that we have to get up and go immediately to the gym, the pool, wherever our workout is, without doing anything before.

Not even a cup of coffee. I’m the same way. If I go to the computer or take a newspaper before heading to the gym, there’s a chance I won’t get there.

As someone who has been working out every single morning for the past fifteen years, I wholeheartedly, wholebodily agree. I do a great deal of my reading at the gym, too, including this particular book itself — there’s something powerful about the alignment of two disciplines, of body and mind, in the same routine. The two rhythms reinforce one another.

The sleep habits vs. creative output of famous writers. Click image for details.

For Smith, a dedication to discipline is the defining characteristic of the artist. A number of famous creators would concur, from Tchaikovsky (“A self-respecting artist must not fold his hands on the pretext that he is not in the mood.”) to Chuck Close (“Inspiration is for amateurs — the rest of us just show up and get to work.”), from Anthony Trollope (“My belief of book writing is much the same as my belief as to shoemaking. The man who will work the hardest at it, and will work with the most honest purpose, will work the best.”) to E.B. White (“A writer who waits for ideal conditions under which to work will die without putting a word on paper.”) Smith considers what makes one an artist:

The life of an artist is not a state of “being.” It even sounds pretentious, sometimes, to call oneself blanketly “an artist.” It’s not up to you or me to give ourselves that title. A doctor becomes a doctor because he or she is formally given an MD. A scholar in the university is formally given a PhD, a counselor an LLD, a hairstylist a license, and so forth.

We are on the fringe, and we don’t get such licenses. There are prizes and rewards, popularity and good or bad press. But you have to be your own judge. That, in and of itself, takes discipline, and clarity, and objectivity. Given the fact that we are not “credentialed” by any institution that even pretends to be objective, it is harder to make our guild. True, some schools and universities give a degree for a course of study. But that’s a business transaction and ultimately not enough to make you an “artist.”

Perhaps this is why creative people are singularly vulnerable every time they put their art — whatever its nature — into the world. Without the shield of, say, a Ph.D. to point to and say, “But look, I’m real,” it’s all too easy to hang our merit and worth and realness on the opinions of others — opinions often mired in their own insecurities and vulnerabilities, which at the most malignant extreme manifest as people’s tendency to make themselves feel big by making others feel small, make themselves feel real by making others feel unreal. And though it may be true that “if you rise above, you’re going to be inundated with feedback from nobodies,” it seems to me that for many artists it almost doesn’t matter whether the feedback comes from nobodies or somebodies — when one is forced to be one’s own judge, one also tends to be one’s worst critic, and any outside fuel in the engine of self-criticism feels equally potent. Which is precisely why Smith’s point about cultivating discipline and clarity in one’s self-assessment is of tremendous, soul-saving importance. It’s the ability, acquired through practice, of seeing one’s work for what it is — whether proud-making or imperfect or, quite often, both — by one’s own standards, and not to hang the fullness of one’s heart or the stability of one’s soul on those external opinions and definitions.

Illustration by Pascal Lemaitre from ‘The Book of Mean People’ by Slate and Toni Morrison. Click image for details.

Smith captures the paradox of this condition elegantly:

We who work in the arts are at the risk of being in a popularity contest rather than a profession. If that fact causes you despair, you should probably pick another profession. Your desire to communicate must be bigger than your relationship to these chaotic and unfair realities. Ideally, we must be even more “professional” than lawyers, doctors, accountants, hairdressers. We have to create our own standards of discipline.

All of the successful artists I know are very disciplined and very organized. Even if they don’t look organized, they have their own order.

In 1974 I started swimming. I will never forget the first day I went to the pool and had decided to make swimming a part of my everyday regimen. Swimming was the perfect exercise; either you sink or you swim. Soon after, I understood something about acting that I would take with me to rehearsals with my classmates: “Talking about acting is like thinking about swimming.”

That’s perhaps why successful artists and writers are so powerfully anchored to their daily routines and their quirky habits. There’s a kind of readiness for creation that the discipline of a daily rhythm induces. Smith captures it beautifully:

Be more than ready. Be present in your discipline. Remember your gift. Be grateful for your gift and treat it like a gift. Cherish it, take care of it, and pass it on. Use your time to bathe yourself in that gift. Move your hand across the canvas. Go to museums. Make this into an obsession…

What you are will show, ultimately. Start now, every day, becoming, in your actions, your regular actions, what you would like to become in the bigger scheme of things.

Or, as another wise woman memorably put it, “Imagine immensities. Pick yourself up from rejection and plow ahead. Don’t compromise. Start now. Start now, every single day.”

The rest of Letters to a Young Artist, spanning everything from presence to procrastination to trust, is immeasurably wonderful and soul-expanding. Complement it with Dani Shapiro on the perils and pleasures of the creative life.

Bringing you (ad-free) Brain Pickings takes hundreds of hours each month. If you find any joy and stimulation here, please consider becoming a Supporting Member with a recurring monthly donation of your choosing, between a cup of tea and a good dinner.

You can also become a one-time patron with a single donation in any amount.

Brain Pickings has a free weekly newsletter. It comes out on Sundays and offers the week’s best articles. Here’s what to expect. Like? Sign up.

Brain Pickings takes 450+ hours a month to curate and edit across the different platforms, and remains banner-free. If it brings you any joy and inspiration, please consider a modest donation – it lets me know I’m doing something right.