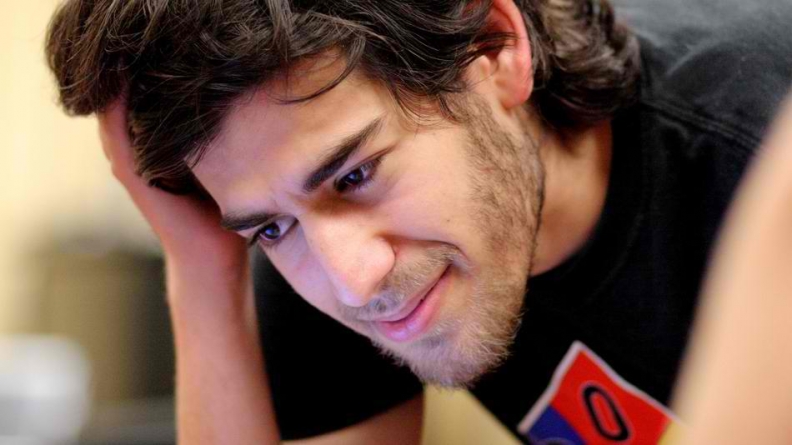 To quote an article on the Huffington Post — Internet freedom activist Aaron Swartz was “killed by the government.” That’s what Aaron’s father told mourners Tuesday during Aaron’s funeral.

To quote an article on the Huffington Post — Internet freedom activist Aaron Swartz was “killed by the government.” That’s what Aaron’s father told mourners Tuesday during Aaron’s funeral. “He was killed by the government, and MIT betrayed all of its basic principles,” he said,  and described his death as “”the product of a criminal justice system rife with intimidation and prosecutorial overreach.”

Aaron was a software prodigy who helped bring the world Reddit and RSS.  He was a leader and a legend in the Internet world. one who believed in the ethics of sharing information for free, when he downloaded millions of educational articles from JSTOR, a digital library at MIT, he was targeted by the government and slammed with 13 federal charges that could put him behind bars longer than someone sentenced for murder.  JSTOR scurried to point out that they did not refer this case to the government, and they did not want Aaron charged.

Tim Berners-Lee, who developed the World Wide Web, and Harvard law professor Lawrence Lessig, director of the Safra Center for Ethics where Swartz was once a fellow, both spoke at the funeral.

“We felt the indictment was nonsense and that he would be acquitted,” Berners-Lee said.

Senator Elizabeth Warren said, “When I met Aaron Swartz in 2010, I discovered a young man who was passionate, sharp, a little shy, and, above all, warm and good natured,” according to HuffPost. “He seemed like the kind of person who couldn’t hurt a fly — he just had that kind of presence. Aaron made remarkable contributions to our world, and his advocacy for Internet freedom, social justice, and Wall Street reform demonstrated both the power of his ideas and the depth of his commitment. The world is a poorer place without Aaron.”

“Aaron dead. World wanderers, we have lost a wise elder. Hackers for right, we are one down. Parents all, we have lost a child. Let us weep,” Tim Berners-Lee wrote on Twitter.