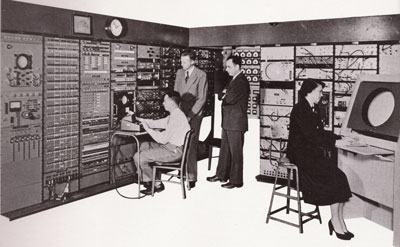 My father, Michael Lesh, had always wanted to be an astronaut. Instead, he settled for work behind the scenes as an engineer designing the rockets. He had only a B.A.—in history of all things—from Occidental College, but he had somehow wangled himself a job with Douglas Aircraft, where his innate brilliance

My father, Michael Lesh, had always wanted to be an astronaut.  Instead, he settled for work behind the scenes as an engineer designing the rockets. He had only a B.A.—in history of all things—from Occidental College, but he had somehow wangled himself a job with Douglas Aircraft, where his innate brilliance at design landed him a job at Aerospace designing top secret stuff for the government during the height of the Cold War space race.  Most of Dad’s co-workers had a PhD, often more than one.  When they asked where he got his doctorate, he would smile thinly and say, “The school of hard knocks.”

At company picnics, when the other men stripped down to their t-shirts in the hot sun, my father kept his long-sleeved shirt on rather than reveal the tattoo he had gotten while in the army: a hand and arm holding a sword with ‘To the Victor’ inscribed beneath, something he felt marked him out as a lower-class roughneck among his more educated peers.

I remember when my father was applying to the job at Aerospace.  Men in dark suits with dangerous eyes came to inspect our house, interviewing my father and mother and probing for any hazardous secrets they might possess. Because a man in my father’s position would have top-secret security clearance, he had to be clear of a penchant for drugs or boys or prostitutes or anything which could be used to blackmail or extract information. I remember the many pages of the form he filled out with my Mother’s help. At the end of the form was a final question: What else do you think we should know about you? To which my father responded, “I am pure as the driven snow.” My mother argued with him about that answer.  Suppose the vetters had no sense of humor? But my father insisted; the response stayed, and my father was hired, he always believed, on the strength of that final question.

Like most men in suits fighting the Cold War, my father fancied himself a James Bondish sort, minus the martinis and loose women of course.  He had a briefcase with a combination lock.  He was flummoxed when I took one look at the lock, dialed the numbers to 007 and popped the case open.  Transparent to a nine year old!  He changed the combination, and I never figured out the new one.

Though I had never seen a James Bond movie (way too risqué and violent for children!), Bond’s dapper image saturated the media, and Dad’s workplace reeked of secrets.  My father wore a big identifying badge with his picture on it and had to punch in secret numbers to get the doors to open.  The security guards seemed friendly enough—to my father!—but any fool could see they were wearing guns. I remember ordinary offices, and drafting tables where people just got to draw all day, but coolest of all was the area of my father’s specialty: the computer room.

Computers at that time were huge, floor to ceiling affairs, making pockata pockata queep noises and spewing out reams of paper with seemingly random sets of numbers—possibly code—emblazoned on them.  Computers were new technology, and my father was an early programmer, privy to the mysteries of the bulky, wayward beasts.

When my father showed us around, beaming with boyish glee, I realized that when he went to work he just got to play all day, unlike my mother and all the other mothers I knew who spent their days changing diapers, mopping floors, throwing Lipton soup mix onto pot roast and plopping canned fruit into Jello molds shaped like garish palaces of rainbow wobbliness.

Was it too late to change into a boy?

It wasn’t until my family got the mumps that I realized just how seriously my father took his work.  My brother and sister barely registered fevers, but I had been in agony for two days. And then my father got sick too, and mumps in grown-ups can be a serious malady indeed.

One night, my mother burst out of their bedroom, where my father had been sequestered unseen for the past three days.

“Your father thinks he’s a computer!” My mother cried, “I have to go to the drugstore to get him medicine!  Stay here and take care of the kids and DON’T GO IN THE BEDROOM!”

“What’s wrong with Dad?” my sister whimpered after mother raced out the door. “Nothing,” I said, thinking quickly.  “Just a touch of…computeritis. And mumps.”

I read a couple of picture books to my siblings. “Okay, you guys just lie down on the couch,” I said, tucking blankets around them.  “I’m going to take Dad some water.”

My sister objected, “But Mom said…”

“She meant you and Eric couldn’t go in.  She left me in charge.  Close your eyes now.”

I got the glass of water and walked into the bedroom.  My father was thrashing a bit on the bed.  His eyes were glassy and his neck was swollen as wide as his head.  In between bouts of panting he was making strange but familiar noises.

My father was turning into a computer!

I walked out, still carrying the full water glass, and poured the water down the sink. Far from being terrified, I was excited.  No one else had a father who was a computer.

Meanwhile, my mother had been pulled over by a cop while speeding on her way to the pharmacy.

“I have to get to the pharmacy before it closes,” she sobbed hysterically, “My husband thinks he’s turning into a computer and I have three little children home alone!”

Cowed by her sincere hysteria the cop said, “Okay, okay, ma’am, just go, get home to your kids.”

My mother tore in the door, wild-eyed, and rushed to the bedroom.  I don’t know what magic bullet the pharmacist gave her, but by the next day, much to my disappointment, my father was no longer a computer.

Computers were not my father’s sole source of data. He and his friends constantly observed all flying creatures for ideas on how to make their flying machines more aerodynamic and efficient. They watched films of all sorts of birds and insects in flight, slowing down the frames so they could observe every aspect of takeoff and landing.

Bumblebees were a thorn—or maybe a stinger– in my father’s side. He and his colleagues studied them intensively.  They were simply too fat, too round, too unwieldy to get off the ground.  Their wings were too small; they didn’t beat enough times per second.  They were the most aerodynamically unsound creatures ever. A fat kid with a kite had a better chance of getting airborne. They ran every possible program and diagram, and they proved it, conclusively.

Except, of course, they do.

One time, I saw my father sitting motionless in our garden.  A bumblebee bobbled around him like a drunken dirigible.  With the melancholic air of a doctor informing a patient he has a terminal illness, my father whispered bitterly, “You can’t really do that, you know.”