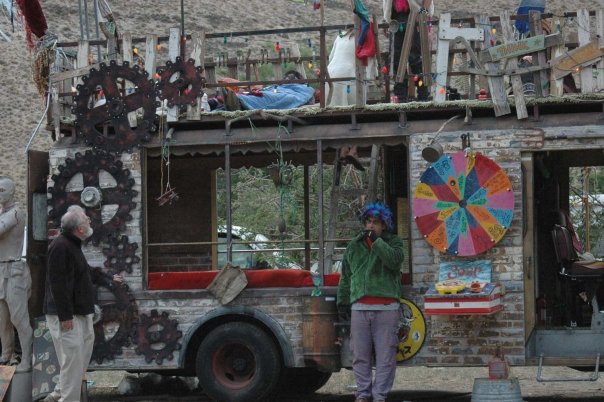 John Draper, the original phone phreaker and a member of the famous Homebrew Computer Club, turns 67 today.  John Draper, also known as Captain Crunch because he used the tone of a whistle that came in a box of Captain Crunch cereal to bypass long distance telephone charges, once taught others how to use that whistle to trip a message that made the computer think the caller was making an 800 call. Outsmarting the phone company like this became an exciting past time, not just for John but for hoards of other hackers of the past. But for John Draper, it landed him behind bars.

And thank goodness for that. It was during John’s incarceration period that  he wrote EZ Writer, the world’s first commercially available word processor. In fact, it could be said that we are all typing on keyboards today because of John Draper, the Crunchman.

Today, John Draper’s friends sometimes refer to him as the king of communication. He strategically uses all forms of media to communicate: his cell phone, landlines, texts, email, chat, Voip, social media, hand-written notes, google docs, cube tree, VPN’s, forums, webex, conference calls, SMS, and good old-fashioned yelling at people. When none of these methods work to reach the person he is targeting, the Crunchman cleverly and systematically repeats the process over and over.  And over and over.  His close friend Christine Marie refers to this as “Crunchification.” Countless people in the Who’s Who of Technology and beyond have all been “Crunchified.”  If THAT doesn’t work, John Draper Crunchifies the targeted person’s friends, family members, co-workers, or neighbors until he succeeds at locating the person. He’s relentless. If that still doesn’t work, he’s been known to spoof his caller ID to make the target hear the ringtone and see the ID of a beloved one so his call gets picked up. Oh how clever he is, that Crunchman.

And if after all that he still doesn’t succeed at reaching his target, it must be due to “Draperism!”  – the mysterious force that makes everything go wrong.  Draperism can always be counteracted by “Energy Work” – but for John Draper, today no Draperism is allowed to occur.  After all, it’s John Draper’s birthday.  His friends have communicated a request to the universe to grant Crunch a good 24 hours that is Draperism-free.

The request has been granted. Everything will go right for Crunch today. Happy Birthday Crunchman!