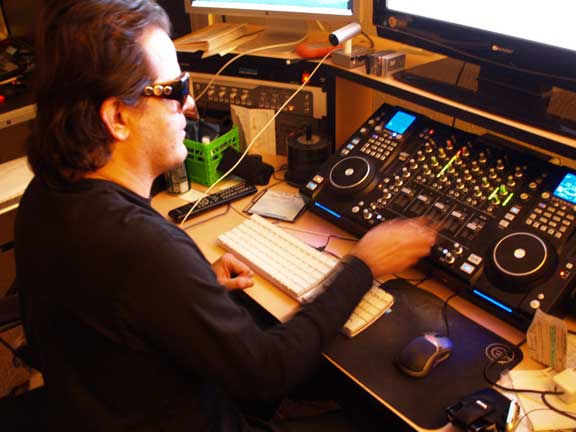 Tolga and I started talking about babies the other day and he immediately got confused. I wonder how it is that brilliant men like Tolga can use their brain power to innovate media platforms, but have no brain space left to think about babies?

Me? I’m fascinated by Everything Baby. And I love that I have eggs. I LOVE that fact.
“Oh yes, I have taken my son Emerson to Greece, but he was just an egg then so he doesn’t remember much.”

If someone compliments my daughter Kandice, I pull egg rank.
“Thank you very much. She used to be my egg.”
Somehow it makes me feel superior.
———-
Tolga: So why are babies such a pain in the you-know-what for the first two years?
Me: They’re not.  Why do you think that?
Tolga: My buddies have told me the truth. They cry for two years straight.

Me: No they don’t. When a baby is born, it sleeps for 16 1/2 hours a day.
Tolga: You’re kidding me.
Me: Nope. Fact.
Tolga: Why do babies cry then?
Me: To tell you they need something. Maybe the baby has gas, he could be hungry, sick, wet, bored, overstimulated, uncomfortable, or need a diaper change.
Tolga: Hmmm. Do babies cry before they poop or after they poop?
(Only Tolga would ask this.)
Me: Usually after.
Tolga: Wait! How can they make poop if all they do is drink milk?
Me: From the nutrients in the milk. In fact, babies are born with poo in their system before they ever even drink a drop of milk.
Tolga: What?!!
Me: It’s from the nutrition the baby receives in the womb. A baby’s very first poo poo is blackish green and it’s tarlike. It’s called meconium.
Tolga: Whoa! Gross!! That makes no sense. How can a baby be born with ready-made poopoo when it hasn’t eaten before it’s born?
Me: From the umbilical cord. You should know that.
Tolga: Why should I know that? I’ve never had a baby.
Me: You know that’s what forms the belly button. I know you know this.
Tolga: I know they cut the cord thing in the movies and that cord goes into the belly. But that doesn’t explain how it transports the food or what happens to the cord.

Me: What happens to the cord? Are you serious? They cut the cord down to a stub, the stub will rot and fall off in 7-10 days, and that’s where the belly button will be.
Tolga: So how does the cord feed the baby?
Me: How do you not know this?! Didn’t you learn this when you were 12?  Didn’t you see movies in school?
Tolga: I was moving between continents when I was 12. And if they showed it I didn’t speak English anyway.
Me: Didn’t you study this in health or biology?
Tolga: Not that I remember. I do remember dissecting a frog though. And then they brought in a mannequin with some fake plastic organs, but when I saw it I said ‘F*** That Sh**’ and I left.
Me: Tolga, the umbilical cord goes from the baby to the mother’s placenta, the placenta gets nutrition from the mother’s blood stream.
Tolga: Placenta? Like Placenta Domingo?
Me: Stop it!
Tolga: What’s a placenta? I never heard of it.
Me: Yes you have!  You must have! Stop pulling my leg!!
Tolga: I think it’s you’re the one bullsh**ing me!
Me: No I’m not! The placenta is inside the uterus and it supplies oxygen and nutrients to the baby through the umbilical cord! Everybody knows this!
Tolga: How does the placenta get the nutrients?

Me: I told you!  Through the blood stream!!
It turns out that Tolga had never heard of a blastocyst, a zygote, or an ovum either.  He didn’t know the difference between an embryo and a fetus. He didn’t know how twins were formed, or that when a sperm enters an ovum, it causes a chemical reaction to seal the ovum wall so no other sperm will penetrate the egg.  Tolga was amazed. He had no idea.  “Wow, that’s juice for that sperm!”  (Juice, of course, in Tolga language = victory, power, prestige.)

There were some things Tolga DID know, however, as he proudly pointed out.
He knew what a vagina was.
And that he knew there were millions of sperm in each load, and that the sperm looked like tadpoles.
Tolga: So what happens to the millions of rejected sperm?
Me: They die, honey.
Tolga got pensive for a moment, looking sort of sad.
Tolga: Wow. That sucks. I feel sorry for them. Sperm genocide, he whispers.
Me: That’s how life works.
Tolga: Sh***t. Those could have been someone’s kids.
Me: Yep.
Tolga: It’s incredible that the sperms know where to go.  They don’t even have eyes. Blood cells don’t have eyes either, but for some reason they don’t bump into each other. Did you know that? How is that possible?

How do the blood cells know where to go? Who says – “You blood cells deliver food to the placenta! You guys deliver food to the mother. And you guys?  You’re no good – so you’re going to be turned into sh*t!”
He keeps speculating out loud. His monologue rambles on as he ponders the miracle of how poop is made.
Tolga: So then the unneeded food goes into the tube and the body mashes it up like a garbage disposal, grinding it (he shows me with his hands) and grinding it. The body adds some gas for the push factor and makes it brown. Probably  #666633 or #996633 on the html hexidecimal color chart. You know that brown Christine?
Me: Yes Tolga.  That’s gingerbread brown. Don’t ruin it.
Tolga: I wonder how poopoo always turns out brown even if I eat everything green?  I tried it once as a test.
Me: Ask God.
Tolga: So then the body packs the sh** down. (He starts demonstrating with his hands and gets louder and more animated.) Pack-pack-pack-pack, and it goes into a tube.  The gas pushes it through the sh** tube! The poopshoot muscles clamp down on it to cut it — like @ss scissors! And then the kaka comes out in nice neat chunks and packages like hot dogs or logs. That’s amazing!!!  The body is incredible!!!!! Think about that, Christine. Sh** is incredible!
Me: It’s miraculous.

I’d never heard anyone say that before. (In fact before Tolga, I hadn’t heard a swear word in years. Now I hear them hourly.)

Tolga: So darling – how come babies don’t come out looking like hot dogs?

I start explaining about the birth canal, and that babies do get compacted. I tell him about fontanelles (soft spots) on the babies’ skulls – how it compresses the baby’s head to take up less room, sort of like a zip file, and then it expands after birth.
Compression he understands. I explain how the babies’ heads usually come out first.
Tolga interrupts. He can’t help it. He has a question and he has to blurt it out before he forgets.

Tolga: So do babies ever come out all vicious?

Tolga: You know how Pudgey (our pug) would get mad and try to bite us when we would trim his nails ourselves? Do babies do that?

Me: They cry if they’re hurting, like I said earlier.
Tolga: No, I mean when its head pops out during birth.  Do babies ever try to bite the doctor while he’s pulling the baby out of the mom’s vagina?
Me: No Tolga!! Newborns are not like animals, they can’t even hold their heads up, let alone bite — they’re newborns!!!

I try to have a quick discussion about child development, but Tolga doesn’t care about it. He just wants me to get to the point.

Tolga: So how long before babies are cool to be around?

I’m trying to be patient.
Tolga: How old before they start laughing?
That is what led to me showing him the following  HILARIOUS YouTube video of  babies laughing:

Tolga was utterly enraptured by this video.  You have to watch it!
That led to a thousand more questions.

Heavy sigh. We have a long way to go.