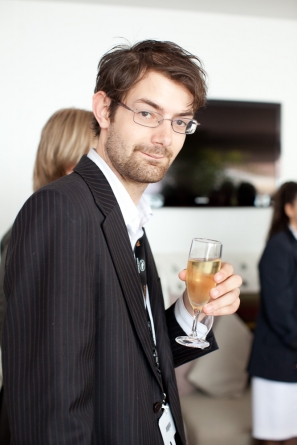 He’s tall, dark and handsome. He’s talented, connected, and debonair. He’s a jet-setting, film-festival-attending, gadget-toting 20-something executive that has masterfully combined the art of old-fashioned schmoozing and new-fangled film distribution. We caught Nick Risher in France hacking his iPhone so he could watch the custom digital movie channel he prepared just for his trip.

Technorazzi’s pick for the next hot Hollywood It Guy: Nick Risher.  Enjoy the pics.